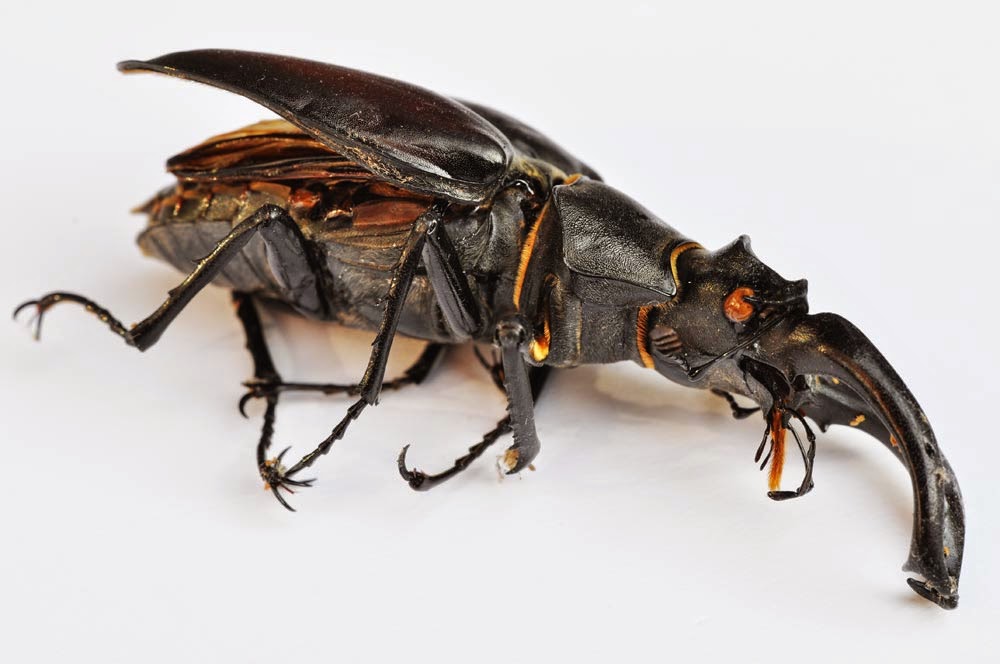 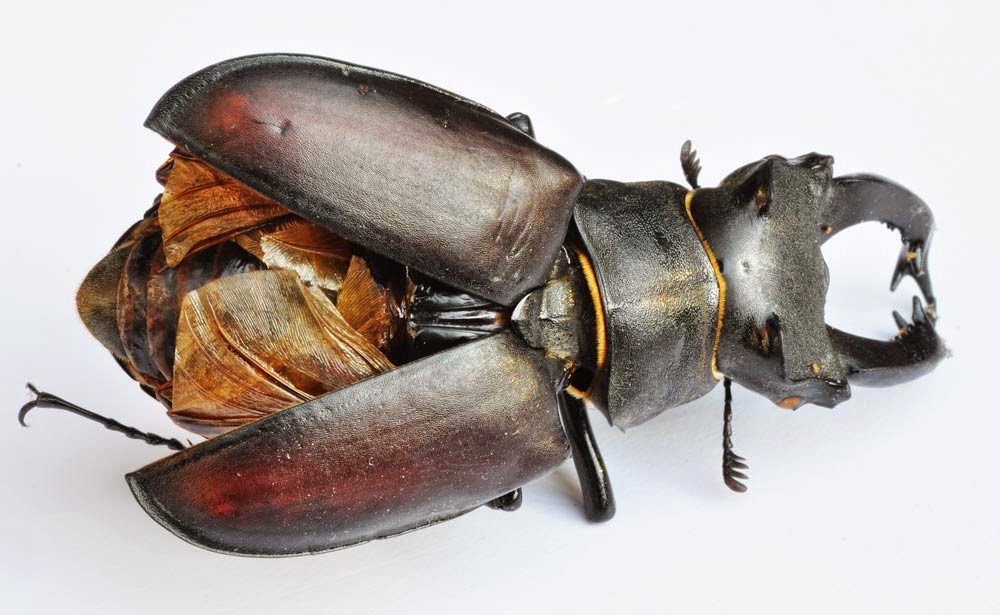 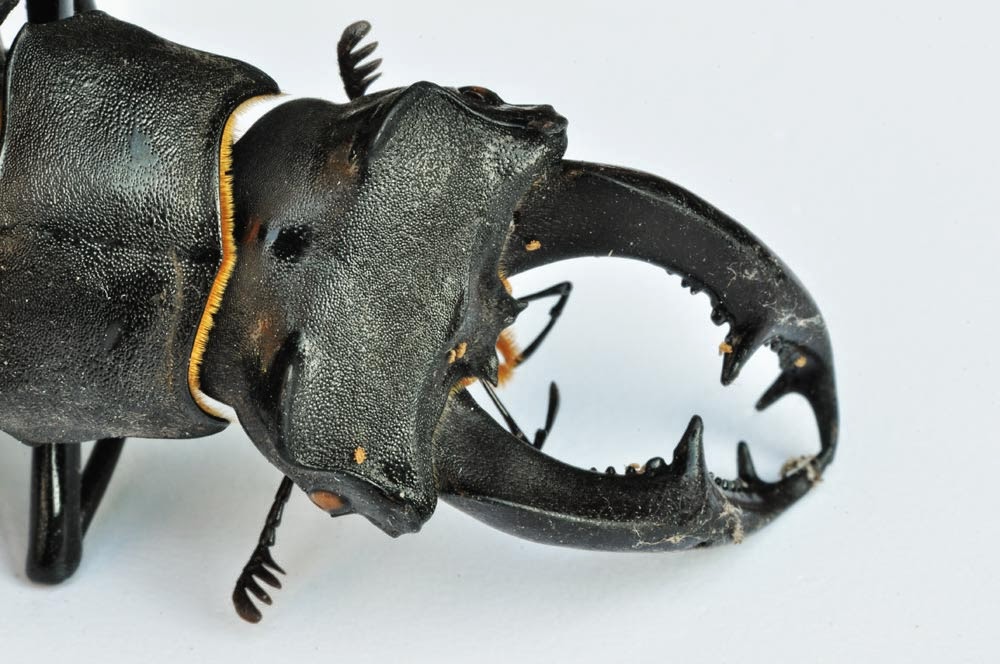 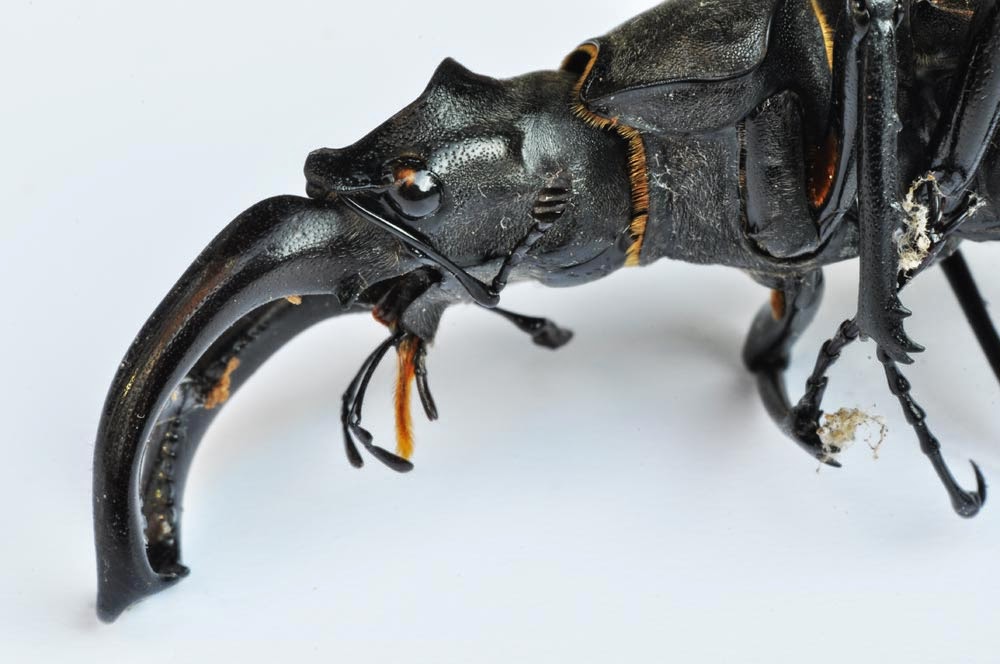 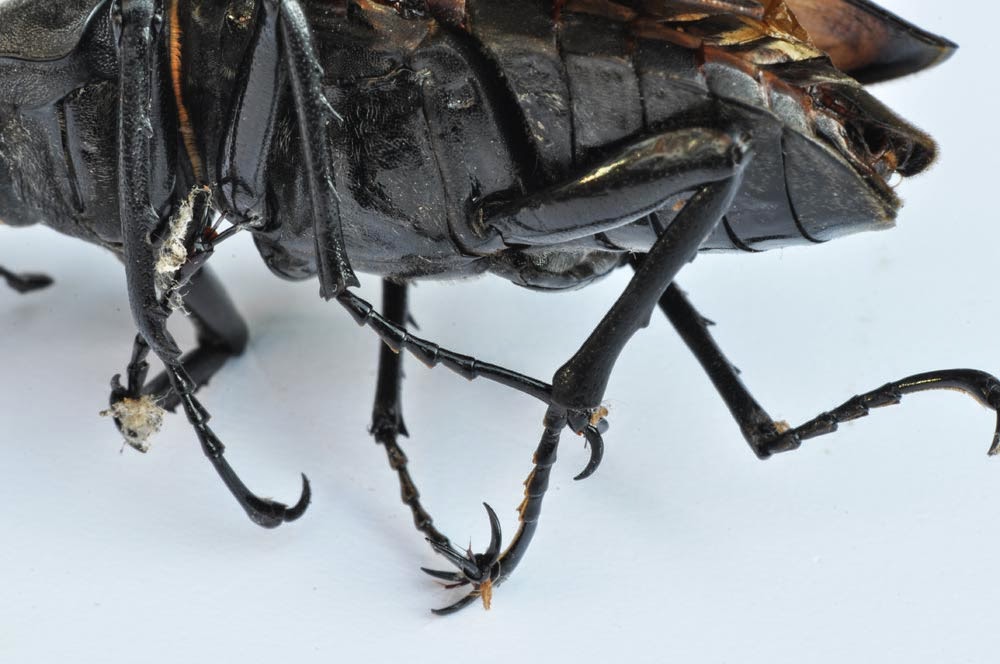 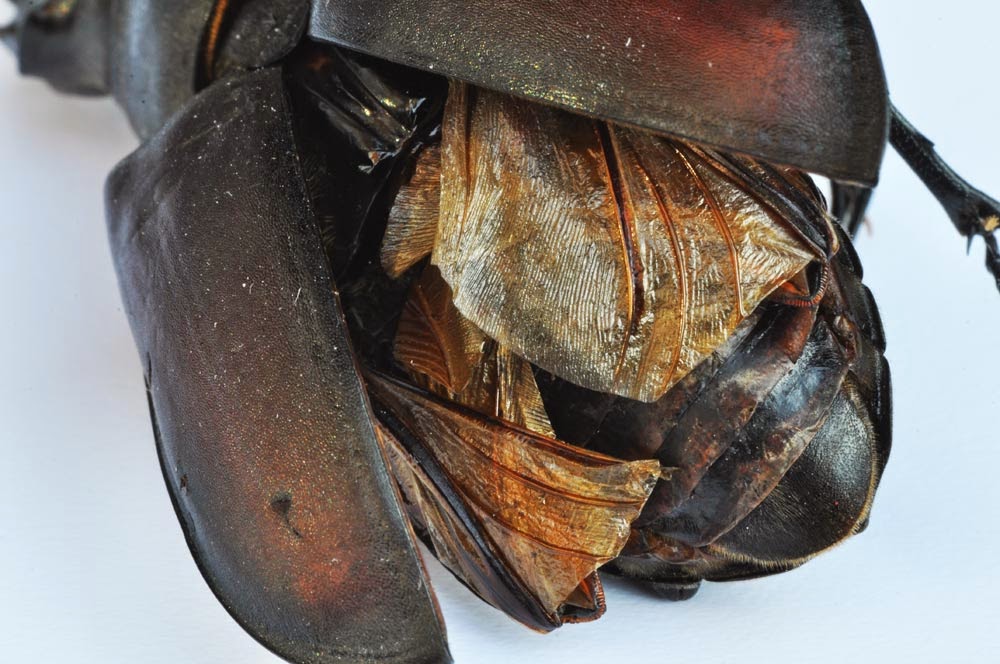 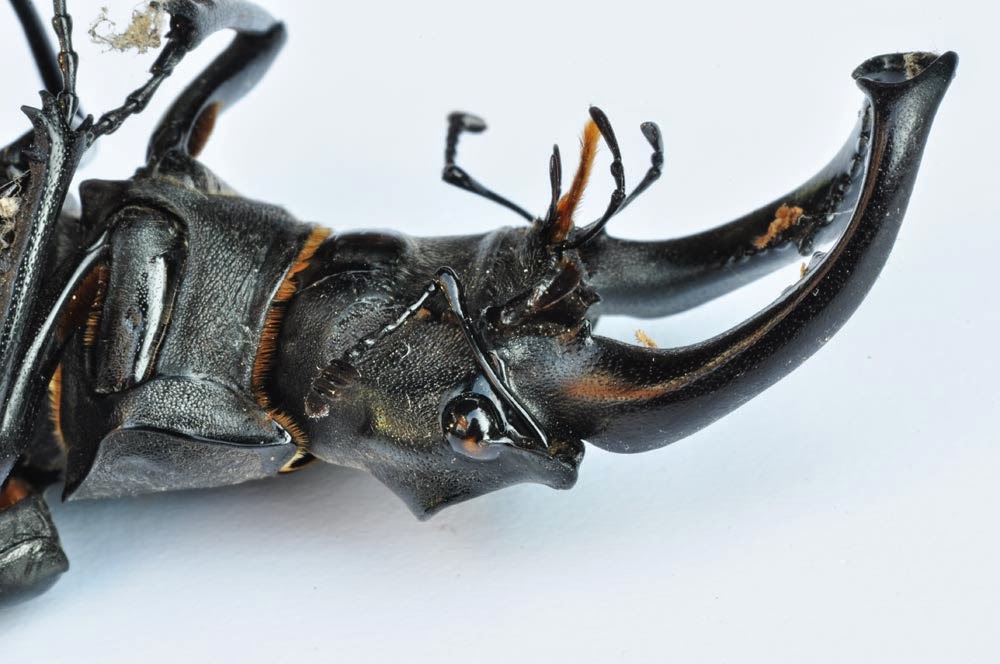 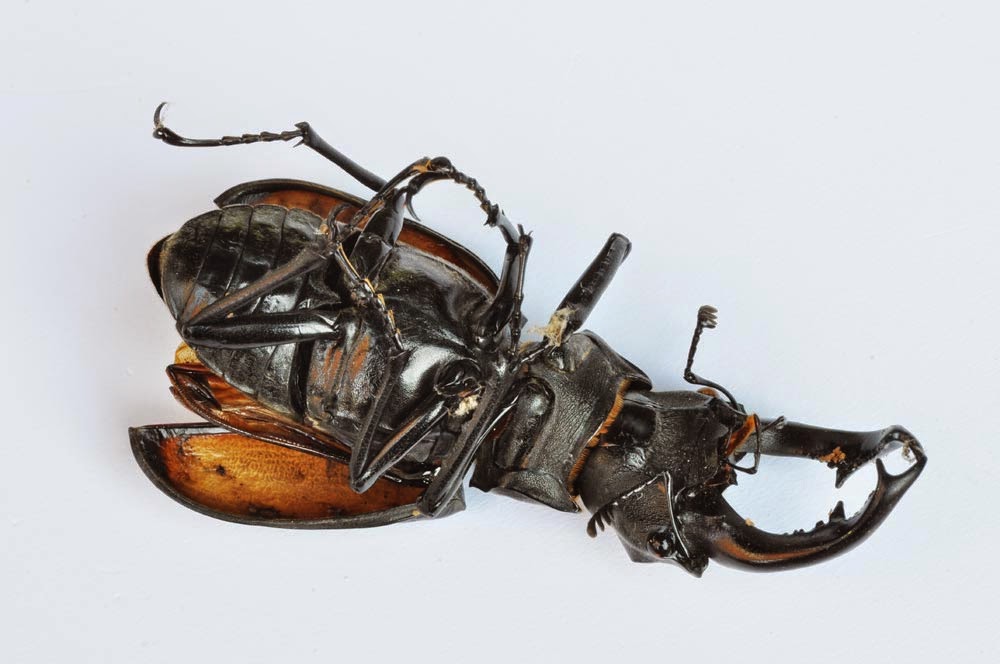 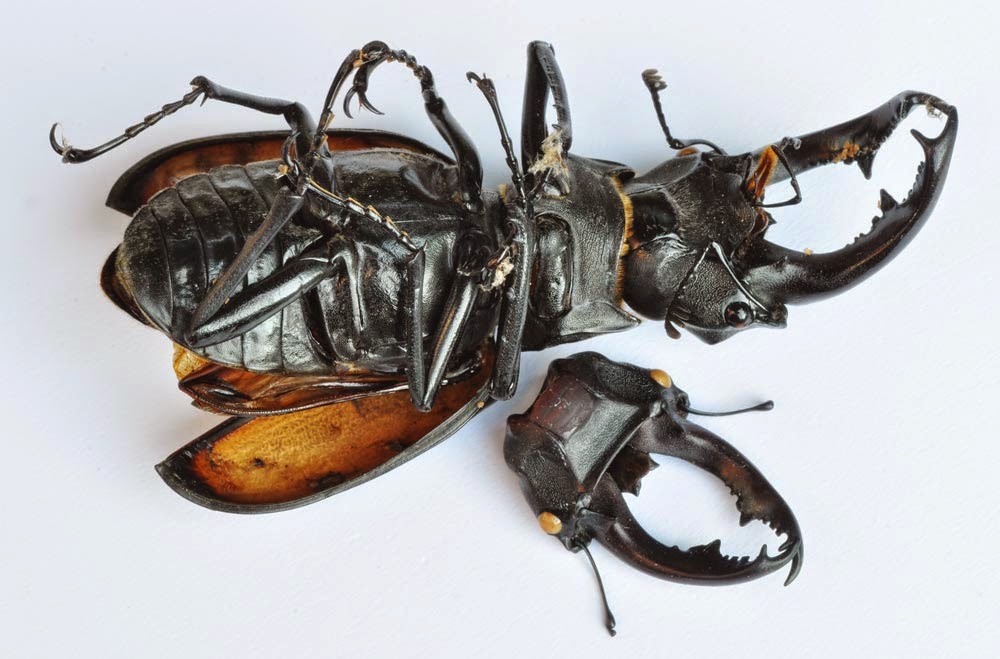 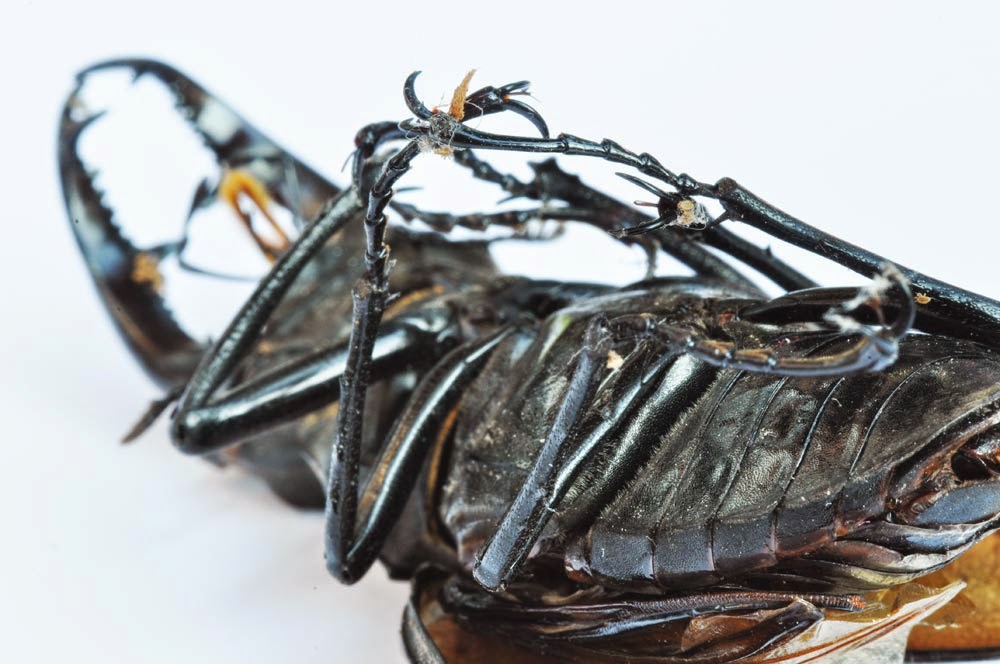 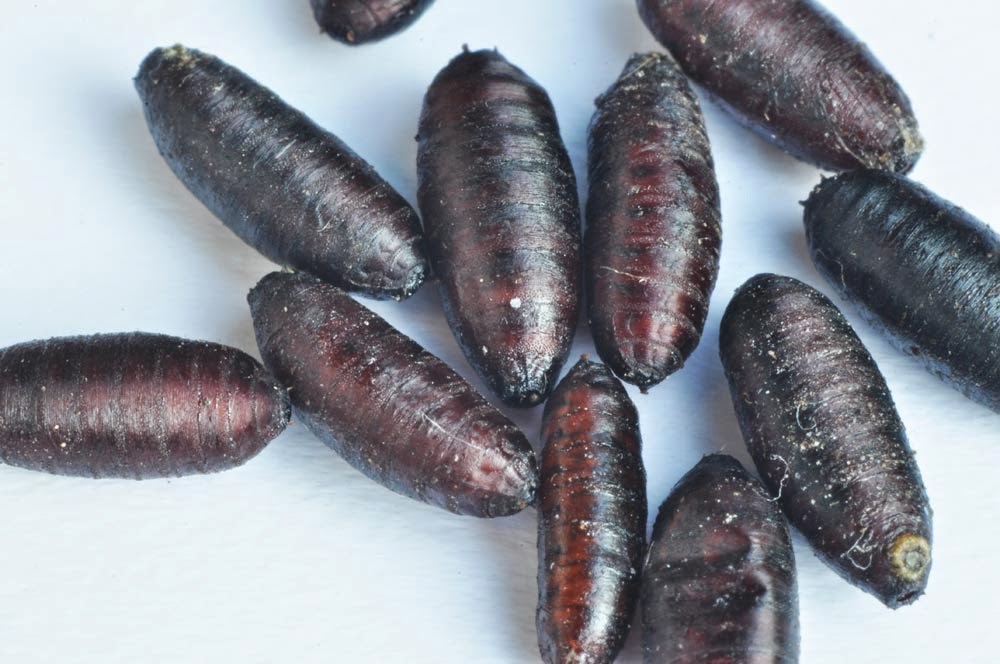 Anabel found a 60mm long, dead male stag beetle (Lucanus Cervus) in the garden. Its wing cases were closed but its legs were wrapped under its body. About a week later the wing cases had opened a little bit and it was accompanied by the pupa-like objects in the bottom photo. These are 6mm long. Pretty sure they are not stag beetle larvae and even if they were, why emerge from the dead body of a male? Any clues? As well as these, you can also see some small scale like bugs on the mandibles of the stag beetle. I'm not sure whether these are ante- or post-mortem parasites.

Click on any photo for slideshow.
Posted by Rob Bowker at 20:54